The puppies will be wormed, vaccinated, microchipped and registered at ANKC's main register and available from April 10, 2017.

This is one cracker of a litter who already at 5weeks of age was playing with a ball/tug, showing calm grip, oozing confidence and unfazed by the big world. All three male pups are extremely similar, full of drive, sound temperament and already showing a high desire to play with a handler. The puppies are beyond our expectations but probably not surprising if you look at their family tree (see below).

If you are looking for a GSD puppy with high prey drive and workability, then this is a puppy that I'm pretty sure will delivery beyond your wildest dreams.

A blood line that has proven itself over many generations

The litter is a direct bloodline from the renowned Kennel Jabina who consistently over many years have produced high performance working German Shepherd dogs. The litter belongs to a family who over five generations has produced many dogs participating in WUSV World Championships and other high-level sporting events including:

JABINA GUSTAV (IPO3, Kkl.1 - grandfather to the puppies) who qualified to the WUSV World championship at the age of just 20 months with a score of 98, 94 and 97 and placed 16th at the GSD Master World Tournament.

JABINA ZLATAN is NALA's cousin and he won the 2016 WUSV Universal Sieger Championship.

MIKE vom WEINBERGBLICK (IPO3 Kk1 showscore V - Grandfather to the puppies) is foremost known for being an extremely consistent producer of dogs with healthy hips and elbows and hence being used in most of the European countries. Secondly, Mike vom Weinbergblick is the dog with the most progeny participating in the last three WUSV competitions.

JABINA FRITTE (IPO3, Kkl2 - Grandmother to the puppies) have in recent years been the mother with most progeny at the Danish IPO3 championships. 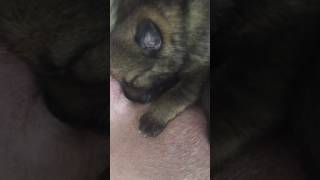